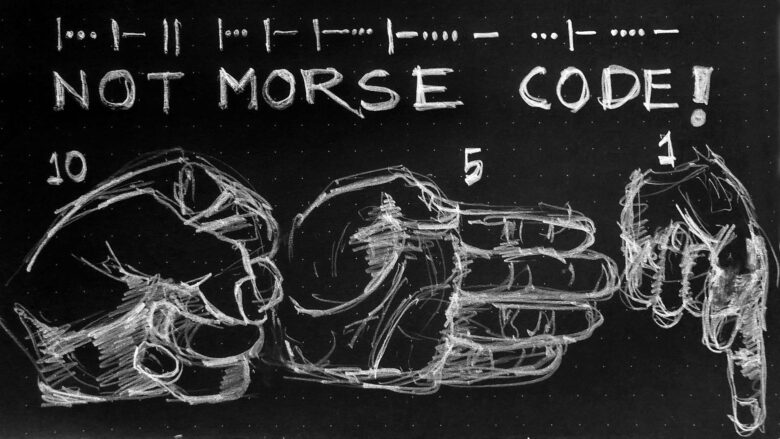 When the teachers may have separated you from your friends and made you sit far apart, you have to find a way to still communicate urgent matters to your friends during the class! A technic of communication that has to be subtle, discrete, and ideally without sending or receiving any physical object. Yeah, passing a piece of paper isn’t that difficult, but I had been through the ordeal of getting caught and serving punishment outside in the verandah many times. So I came up with a code language that can be communicated by visual gestures.

I heard of the Morse Code back then, but I had no idea about the original code, how it looks like. I am talking about the “before Internet” era. I thought of a simplest way to codify English alphabet, the numbers of the position of a letter, A=1 and Z=26. I memorised the numeric positions of the letters, I still remember, and I can tell you the number of a letter in a second. This way you do not have to memorise apparent random patterns like the Morse Code, rather anyone can decode it easily without learning a whole new language.

And then you can convert this into hand gestures, a punch on the table is 10, a chop on the table with straight palm is 5 and pointing the index finger is 1. There are pauses between the letters and the words. A bit of practice would easily let you communicate visually without sending anything back and fourth.

By the move of my hand I could tell my friends (well two of them at least) that it is time to disappear through the backdoor, and we leave the bags behind. Bam! We are gone.