A day with the curators and artists of Dhaka Art Summit 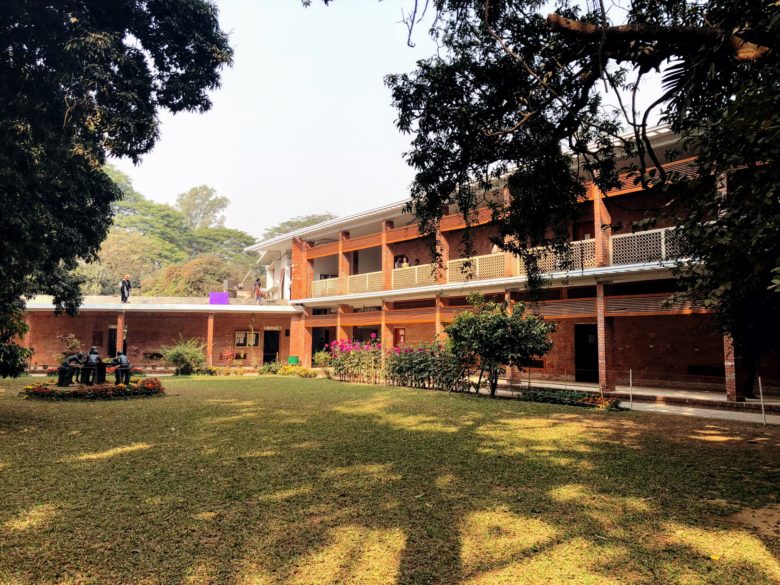 Dhaka Art Summit is a rare festival of artists and curators from all over the world. The phrase ‘all over the world’ is not an exaggeration here! A group of around 60 artists and curators signed up for a tour of architecture by Muzharul Islam in Dhaka. Two of his masterpieces were in the list of places, the Department of Fine Arts and the Central Library of Dhaka University.

The Fine Arts building doesn’t need any selling, people immediately fall in love the moment they walk in here. Three bus full of guests showed up by 09:30 in the late winter morning at Charukala. The tour was originally supposed to be guided by Nurur Rahman Khan. Muhtadin Iqbal, Sujaul Islam, Farhana Nizam Chowhdhury and me had to take over the role as NRK had to suddenly travel to India.

I explained the group how radical it was when Muzharul Islam decided to design the Charukala building back in 1952. If you look around the works of that time of the world, very few architects were actually taking on the mission of modernism this way. This building was capable enough to compete with any work of that time and still today. With the help of the founder of the Institute Zainul Abedin, Muzharul Islam got the opportunity of freedom of thinking. Mr. Islam got this commission right after coming back from Oregon, and it was his first built project. Eventually it was also the first modern building of South Asia.

The entry to the building disappears in the space, there is no defined entry per se! You were walking in the street, you crossed a threshold and suddenly you get inside the premises! This subtlety of arrival at a place is uncanny, it gives me a feeling as if the moment I embarked on the plinth the architect gave a smirk smile from somewhere, saying “see what I just did there!” Damn you Mr. Islam!

Then it all flows around like liquid space. With gentle, tricky thresholds between public, academic and administrative spaces. Few subtle elements like the perforated jali walls and the spectacular stair, those two walls and the stair gives you an outsider an invisible instruction that this is your comfortable limit, you may not go beyond this area just like that. The fluid space flows around the curve walls of the galleries within the rectilinear flat-plate structure like a magic.

Then the academic spaces begin, the climatically oriented and intricately crafted elements of design! Look at those brick walls and the wooden louvers! He custom-made those bricks just for this building and closely supervised the masonry works throughout the project. The whole idea of pavilion-like structure that perfectly fits into tropical climate is visible all around. You keep going, then suddenly the building turns into an arc, embracing a pre-existing pond. The corridor takes a slight turn towards North, and abruptly ends at the walkway around the pond, with a stark beauty and surprise.

When he was asked how did he come up with this design, his answer was simple, he said that, he just followed the landscape. The site was like a garden full of large trees. His idea was to flow the fluid spaces in and around the trees without cutting any one of them, then embrace the pond. Unlike other projects where people design the landscape around the building after the design, here the landscape was already there, and he designed a building around it.

I showed one of my favorite spots in the compound, the ‘Sculpture pond,’ some curators took refuge there.

We all went to the Central Library of Dhaka University. Which originally was designed as the main public library for Dhaka City. Later the University acquired it as their own. And they have ruined it. This beautiful peace of architecture is now a place of disgust. Extremely poorly maintained, notoriously dirty with no respect to design and art, they have managed to kill everything that was beautiful about this building. For architecture enthusiasts, I’d say, don’t go there to see anything, if you go, then go there to protest. Such utter disappointment from Dhaka University management! Shame on them!

Penelope Seidler, Prajna Desai, Cara Manes, Jeanette Plaut, Jay Levenson Director of International Program and Martino Stierli the Chief Curator, Architecture and Design of MoMA wished to visit two more sites in Dhaka before going back to the hotel or the Summit. Martino’s interest was seeing the recently built mosque by Kashef Mahboob Chowdhury, the Gulshan Society Mosque, and the Aga Khan Award winning project of Marina Tabassum, the Bait Ur Rouf mosque in the North of Dhaka. Along with that, they wanted to visit Bengal Institute and meet Kazi Khaleed Ashraf there. We all hopped on to the van I brought along with me with our driver Tamim. The route was ambitious, as both Bengal Institute and Marina Tabassum’s mosque are far away from the city.

Starting from Charukala towards Gulshan via Hatirjheel, we stopped at Holy Artisan Bakery for lunch. Holy Artisan relocated themselves at a small scale near the Gulshan-2 circle after the devastating incident in 2016. But they are still the best place to eat where I can blindly take any guest with confidence. Everybody loved Holey!

It was quick to reach the Mosque by Kashef. It’s a massive building in terms of being a mosque. Everybody was startled by the fact that it is multistoried and so big, vertically! Personally I am not a big fan of this project though.

The next architectural destination was Marina Tabassum’s mosque Bait Ur Rouf near Tongi. This is one of the project where I take anyone with absolute confidence that they will be blown. And it exactly happened that way. Everybody was stunned by the beauty of this little piece of architectural masterpiece in the middle of nowhere in a remote corner of Dhaka. This mosque is the answer to where modernism and religious structure should go. A perfect harmony of minimalist modernism with spirituality and local community. You have to see it to believe it. 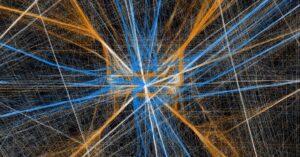 Art Without Media and Artists

A sneak-peek of Dhaka Art Summit 2018