The History of the Future 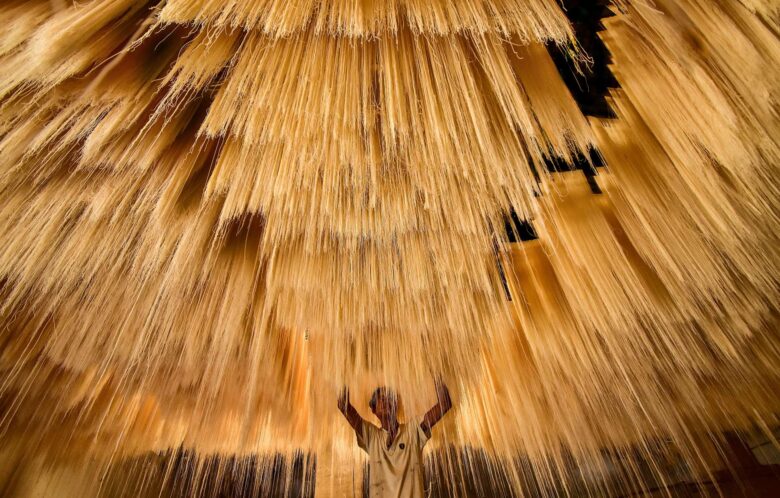 History is a philosophical and political statement or opinion, and it is invariably incomplete. It is never absolute, and will always invoke a range of responses, from outright rejection to enthusiastic support, depending on who the narrator, and who the readers are. We have learned to accept the incompleteness of history and the inherent conventions that come with it, but for a better understanding of our current state and predicting the future, we need to turn the tables and look at history through different perspectives.

This idea of questioning history and accepting the inherent limitations of any account gives us a unique opportunity to understand history in a whole new way: to look with fresh eyes at some of the incomplete and erroneous narratives in text books and everyday discussions.

The ‘production process’ of written history is a kind of a luxury. It is usually written by the victor, and only produced by privileged people, such as historians and chroniclers who are sponsored and supported. Any recorded history is aligned with the imaginations, desires and myths set by rich and powerful patrons. This represents the hegemony of the privileged few over the rest.

The raw material of history is documentation. The evolution of history, for this reason, was much slower, for example, than art. Documenting was an expensive business until the invention of cheap paper, and later computers. While artists were already practicing self-expression, architecture and historiography were still beholden to the powerful. It has only been in recent times that the work of a historian has become easier, cheaper and a way of life, and historians have started to enjoy independence from patronage and established hegemony. Today, the number of photographs and recorded videos produced everyday in the world might be more than what have been produced throughout the 20th century. This change has a massive impact on the future of how history will be absorbed, documented and written, and may mean that we are heading towards a more comprehensive version of the history of humanity.

Leaving a mark on the timeline of history with ‘architecture’ versus ‘Instagram’ has some stark differences! Architecture can work as a map of the society, a culminating work showcasing long standing culture, whereas Instagram is a snap, however, still important as a historical evidence. We do not have much opportunity of looking into the snaps of everyday lives of everyday people from even the 1700s. All we have are archaeological evidences and written pieces that are slowly and carefully crafted, often to represent the ‘greatness’ of emperors or piped up heroism of generals and soldiers.

Architecture is not always a very efficient mode of communicating and documenting history, although, often that’s all we have when we are looking into the past. Learning history from the ancient architecture has some fundamental problems. It is slow and ambiguous. One of the biggest missing pieces of the puzzle of reading history from the ancient architectural and urban archaeology is the daily snaps of random people. It was never documented in such volume with architecture, art or even literature, the way it is happening now. Consider yourself a historian of 2090, and suddenly you have a plethora of written evidence with fine details since the late nineties when people started posting their daily lives on the Internet.

The future of history is going to be very different. It is potentially going to be more complete, and hopefully a little freer from bias. Then again, there is the inherent problem of focusing on the ‘snaps,’ as they come from only the people with access to internet, technology and education. Since it is now easy to document, if we want to change the dynamics of how our own history will be written in future, we have to start posting more about the people who are otherwise left behind, and creating a balance. That’s the only way to work against the hegemony of history. The key to a more independent and unbiased history is in the uniformity of the distribution of how accessible information is. For the first time in history, anyone can write and post, take photo and shoot videos, and directly contribute to the global archive of documentation. We need to leverage this change! This will surely change the dynamic of the future of history.

In order to fix the problem of the production of history ‘today’, we have to empower the marginal communities and people who cannot afford the luxury of contributing to it. A big portion of our national expenditure needs to go into the production of history to turn the table from the West to East; rich to poor, colonisers to oppressed. And it is easier now than ever before.